We’re officially in an age where technology moves fast, and developments across all industries are almost impossible to keep up with. Some of these developments are incredibly exciting, while others gives us moments of pause as we consider the implications of the brave new world ahead with such inventions. The realization of self-driving cars probably falls a bit into both of these categories, as we grapple with the practicality of autonomous transit against the potential for access to mobility and perceived safety improvements. Plus, it’s pretty awesome. 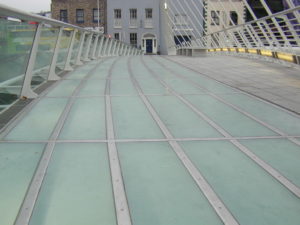 Tesla is essentially leading the way with their assisted driving technology already available in their Model S, dubbed “Autopilot,” which has already seen 130 million miles traveled as of early July 2016. They recently made headlines — which is not uncommon for Tesla — as the first fatality occurred while using the technology. It’s still unclear whether the tech-guru behind the wheel had somehow overwritten the system console to watch a movie while driving in Autopilot mode (which is obviously against on-board warnings), but regardless, it stirred the proverbial pot in terms of the safety of such new technology in use. Distracted driving is already a major source of concern, which ironically is exactly what many hope that self-driving vehicles will be an answer to. Tesla reminded consumers that their Autopilot feature is still in Beta mode, as disclosed via console warnings before switching from traditional, manual mode in the vehicle itself. And while the crash was tragic, the statistics thus far (for Tesla, at least) still fall below the worldwide and even national average for fatal crashes per miles driven.

Google is also underway on their Self-Driving Car Project, which has already clocked 1.5 million miles in California, Texas, Washington, and Phoenix. They utilize a fleet of modified Lexus SUVs as well as custom built cars that are designed bumper to bumper for self-driving capabilities. There is a back-up system for steering and breaking as needed, but the design of these vehicles is already catering to riding (versus driving). Again, the desire is to improve safety by reducing distracted driving — which we can all see on our highways and city streets is a rampant issue — as well as provide opportunities for those who might otherwise have difficulty getting around, such as aging or visually impaired individuals.

More automobile manufactures are getting in on the action, with names like Audi, Jaguar, and BMW also underway on plans to launch self-driving models in the not-too-distant future.

Pretty cool stuff, huh? In the meantime, keep your eyes on the road, and don’t forget to come on by L.A. NTX Transmissions if your vehicle is giving you problems. We’ll get you fixed up and back on the road!