The world of cars can be a strange one. Sometimes they make weird sounds, other times they pose mysteries to even experienced automotive technicians. Today, we’re looking at the lighter side of the car world, with these five fun facts about cars.

France: All drivers in France are supposed to carry Breathalyzers in their cars at all times. President Sarkozy was ready to exact a fine for failing to do so. Then, due to his loss of the next presidential election, the law was left half-finished. Now, Breathalyzers are mandatory, but there is no fine for not carrying one. 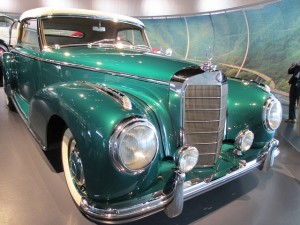 Germany: The luxurious German cars of Dusenberg were the talk of the world in the 1920’s. They were such a big deal, in fact, that English-speakers started saying, “That’s a doozy!” when referring to something impressive. The phrase has stuck with us ever since.

Sweden: They do things a little differently in Sweden. Their traffic fines go along a sliding scale, so richer drivers pay higher fines, and poorer drivers pay less. One wealthy Swedish man got a first-hand look at the law when he was given the most expensive traffic ticket of all time: $1,000,000 for driving 180mph!

England: English traffic police are known to carry teddy bears with them. This is because they use the stuffed animals to provide comfort to kids who are scared or hurt during traffic accidents.

Italy: Italian luxury car maker Lamborghini produces some of the fastest (and most expensive) cars on the market. Because they place such an emphasis on performance, Lamborghini never produces more than 14 cars per day. In comparison, Honda creates over 13,000 cars a day.

We hope you enjoyed this quick bit of trivia! If you have any questions about your own car needs, please call us right away!

5 Fun Facts About Cars Around the World was last modified: March 21st, 2016 by L.A. NTX Transmissions